What Are You Doing SG?
Home Stories Vignettes Inside the World of Daniel Sng: Overcoming Muscular Dystrophy 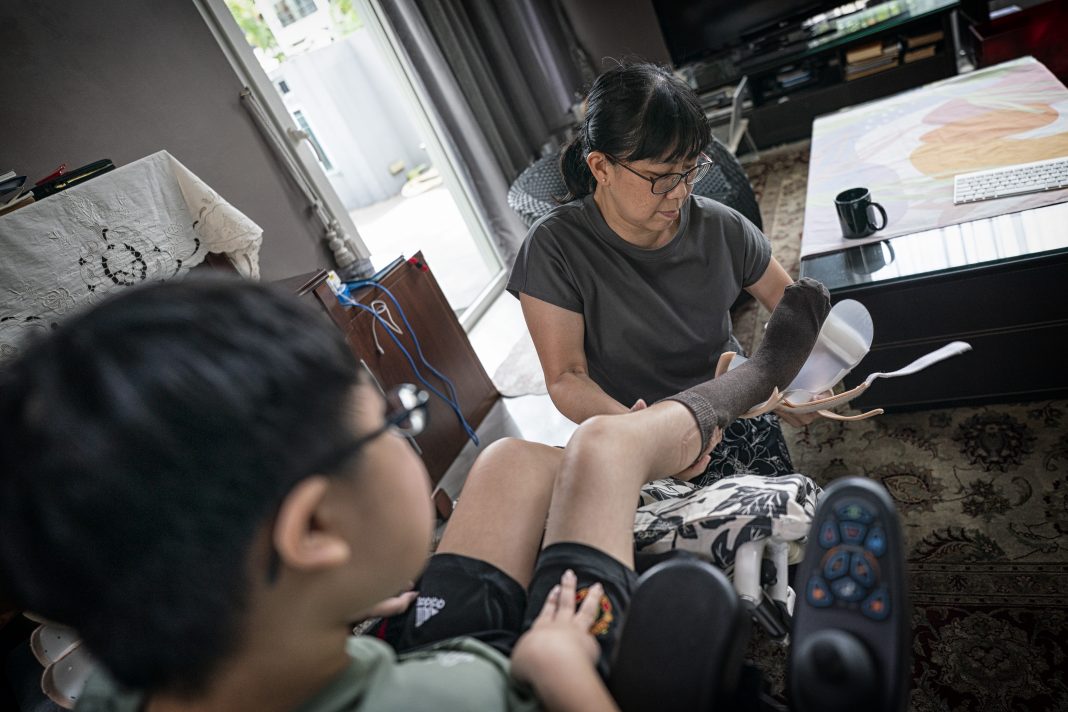 (Photo Above) Daniel Sng, 15, was not diagnosed with Duchenne muscular dystrophy (DMD) until he was six. DMD is a genetic disorder characterised by progressive muscle degeneration and weakness due to the alterations of a protein called dystrophin, which helps keep muscle cells intact.

hen his family moved into his grandparents’ three-storey home in Bukit Timah in 2009, six-year-old Daniel Sng had been pulling himself up by the handrails using his arms, instead of relying on his legs to go upstairs.

His parents took him for a DNA test, which confirmed he had Duchenne muscular dystrophy (DMD). The rare genetic disorder is characterised by progressive muscle degeneration and weakening, caused by alterations of a protein, dystrophin, which helps keep muscle cells intact.

The onset of DMD symptoms usually occurs in early childhood, primarily in boys, and is detected between ages two and three.

“We totally missed the signs when Daniel was much younger,” says his father Mr Jesse Sng, 54. “Whenever we went for walks, he would ask to be carried most of the way, and we missed that. He also walked on tiptoes and his feet turned inwards. We just thought he had flat feet.”

Now 15, Daniel, the third of the Sngs’ four children, needs daily physiotherapy with the help of his 52-year-old mother Mrs Janice Sng, and younger brother, Caleb, 14. The pair go through paces that keep Daniel’s joints flexible, and give his muscles proper stimulation.

“He also does weight-bearing exercises to ensure muscle growth and retard the onset of osteoporosis. At the same time, they make sure he does breathing exercises to expand his lungs,” Mr Sng, a pastor, adds. 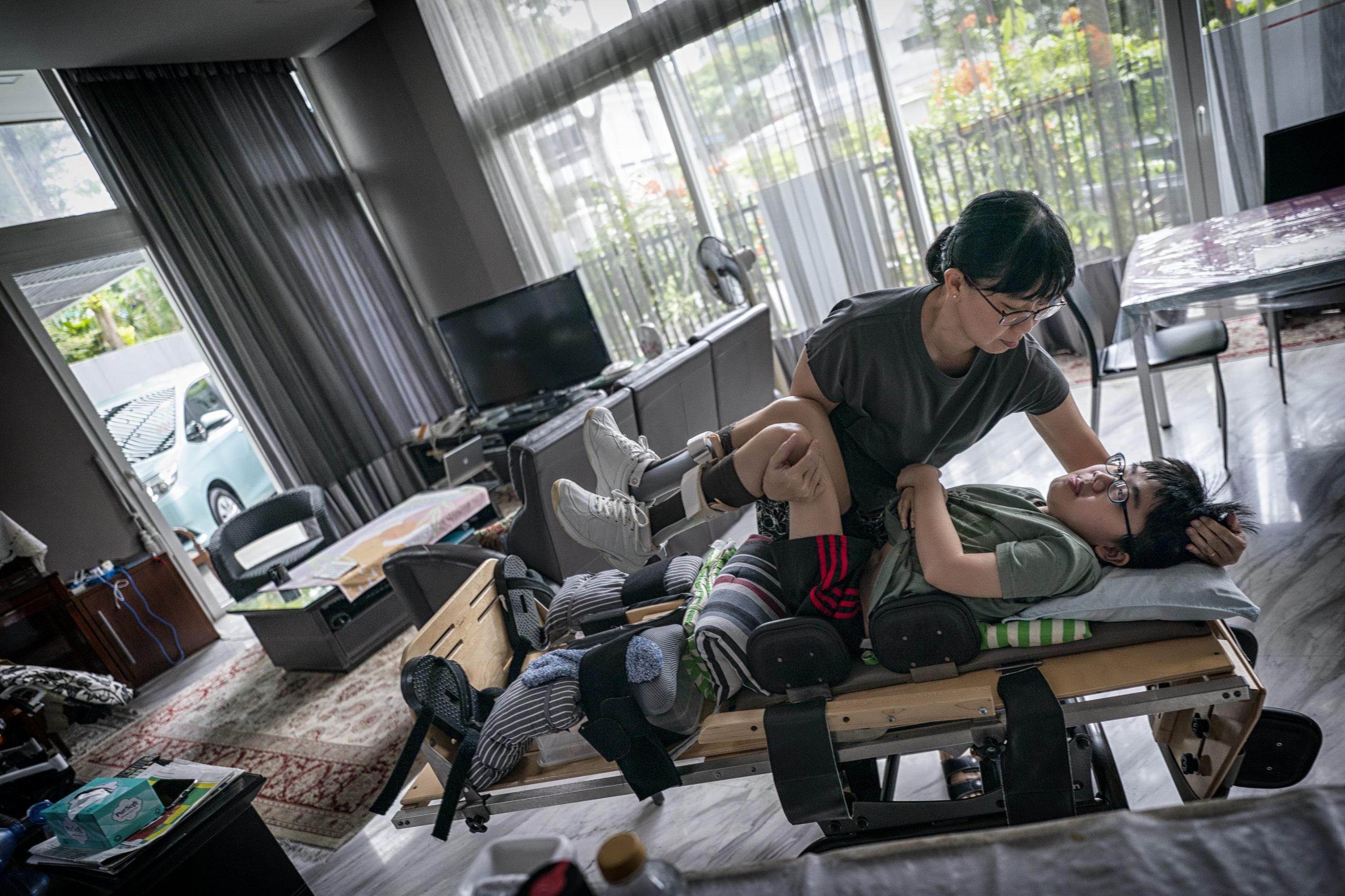 (Above) The third of four children needs daily physiotherapy with the help of his mother, Mrs Janice Sng, and his younger brother, Caleb. They go through the paces to ensure Daniel’s joints remain flexible and muscles get the proper stimulation.

Mr Sng says moving in with his in-laws turned out to be a blessing.

“It was a good idea that my mother-in-law wanted a lift in the house. The place is big enough for a motorised wheelchair to move around. Daniel uses the pool for his hydrotherapy,” he says.

To deal with the challenges of Daniel’s condition, the Sngs turned to the Muscular Dystrophy Association Singapore (MDAS), whose staff gave the family support at the outset.

Founded in 2000, MDAS provides care and support to people with muscular dystrophy in Singapore, through health and public education on the disease, as well as supporting medical research. Its mission, stated at its website, is clear: “Persons with Muscular Dystrophy are often left at the fringes of society due to the rarity of the condition. Therefore, MDAS strives hard to educate both the public and our beneficiaries that despite our circumstances, we must live life to the fullest (hence our mission).”

Initially the biggest help the family got from MDAS was for the physiotherapy sessions and for introducing families going through the same challenges. They met other families at MDAS events such as music therapy sessions, as well as Power Soccer sessions, which featured powered wheelchairs. They also attended a workshop that helped them understand respiratory issues.

“Aside from that, it was nice to be able to drop in from time to time whether on weekdays or on Saturday and to talk to the staff,” Mr Sng says. “One of the staff, Sherena Loh, even gave us the best advice — she said if we want to travel, this is the time because that window would close rather quickly. That is why we followed the advice and travelled whenever we could as a whole family.” 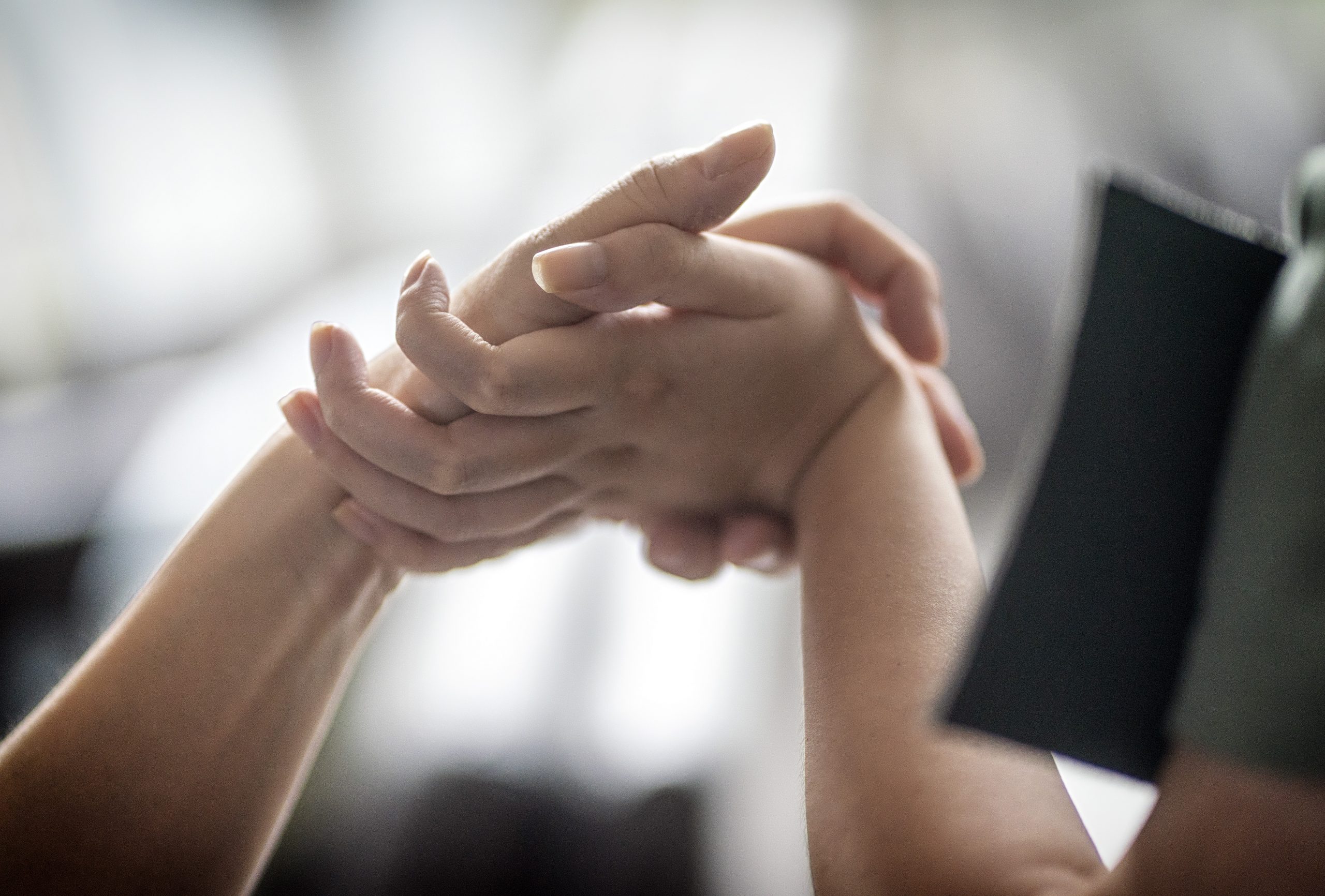 (Above) To deal with the challenges of Daniel’s condition, the Muscular Dystrophy Association gave the family support at the early stages after the diagnosis, and linked them to other parents.

The family had planned to go to Japan this year (2020) just before the older children — Amy 20, and Hannah, 18, enter university and before Daniel undergoes his spine surgery.

Because the country would have hosted the Paralympics this year (2020), infrastructure for persons with disabilities would have been in place, able to accommodate Daniel’s wheelchair. But as with everyone else, “the Covid-19 pandemic threw us a curveball”.

On the bright side, he notes, the Circuit Breaker period did not change the Sng’s schedule much, because all four children are home-schooled. Most often, Daniel stays home and plays multiplayer games, real-time games and e-sports.

“The only changes were I had to conduct my sermons via video conferencing and recording some of the teachings,” he said. However, the Covid-19 situation made getting Daniel to the hospital for checks a concern. “With his condition, we had to be extremely cautious because an infection will be critical as it affects the lungs, and his are not strong,” Mr Sng says.

Visit www.mdas.org.sg to find out how you can contribute to MDAS or donate through Giving.sg.

Play your part and support the charities at Giving.sg – The City of Good Show: Disability