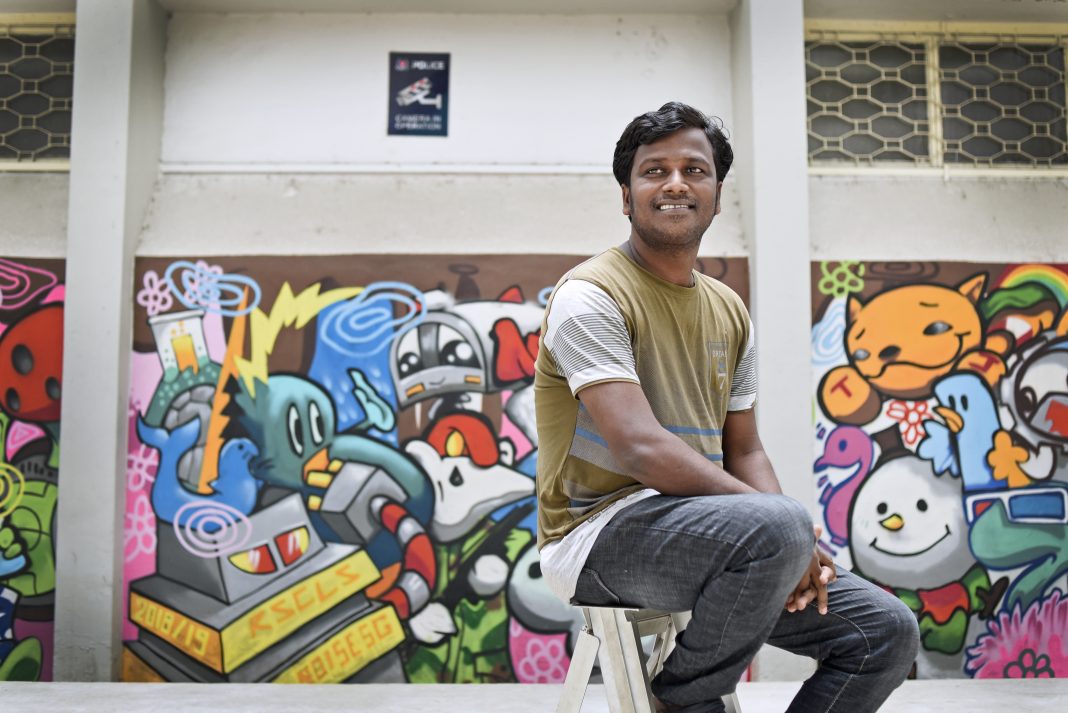 (Photo Above) Mr Omar Faruque Shipon has been working in Singapore for the last decade. He manages a Facebook page for the Bangladeshi community that currently has over 54,000 followers.

Mr Omar Faruque Shipon spent another Father’s Day away from his two sons, aged nine and four, who are back home in Bangladesh. He last saw them on a trip home in August 2018, and had planned to fly home on February 28 before Covid-19 thwarted those plans.

Here, he has an extended family of “brothers”, more than 54,000 followers on his Facebook page ‘Bangladeshi migrant workers in Singapore’.

“If I can make someone smile, that makes me happy too. That is something money cannot buy.”


He feeds their need for credible information translated to Bengali, and mans a help hotline — by himself. In January, the page had 12,000 followers, but numbers spiked after he started posting information and motivational stories related to Covid-19.

After working full 12-hour days, he returns to his flat, a temporary housing unit provided by the government, and stays glued to his mobile phone for hours to keep up with their queries and issues. The 32-year-old senior safety coordinator from Chandpur, Bangladesh, spends his lunch breaks and bus journeys to and from work at Keppel Shipyard in much the same way: typing away on his phone.

“Migrant workers wanted accurate information because there were many false rumours going around,” said Mr Omar. “For example, I once heard that five Bangladeshi workers had died in the dorms and that there was a cover-up.”

He keeps up with them all on his trusty phone, though his bill, which used to be a monthly $48, has risen to about $100. Because he receives more than 100 text messages daily from Bangladeshi workers seeking help, he can track a shift in the problems they face.

Initially, most needed help with meals or salaries. But over the last few months, he said, more have lost their jobs, and are falling prey to scams. Some resorted to borrowing money from friends to transfer to “potential employers” hoping their work permits will be reinstated, only to discover a pack of lies.

Realising his fellow countrymen needed accurate information to quiet their anxieties, he made sure to keep up with the latest news, registering for WhatsApp updates from the Singapore Ministry of Health (MOH). He also frequently checks The Straits Times, as well as the Ministry of Manpower (MOM) and MOH websites for reliable news.

Still, at first, when the political science graduate from the National University of Bangladesh tried to dispel false rumours, some folks accused him of working for the Singapore government.

But he persisted, and the more he provided reliable information, the larger his following grew. It is not just migrant workers who turn to his page for information; a sizeable number are also friends and families of Bangladeshis working here.

“When someone calls me and says, ‘Omar bhai [brother], you are doing a good job. We always look at your Facebook page for real news. Keep up the good work,’ I feel inspired.”

Although he tries to answer as many calls and text messages as he can, he admits: “It is tiring to message so many people every day.”

“Some days, so many brothers ask me the same questions and if I do not reply fast enough, they will keep asking and asking,” he said. “But when someone calls me and says, ‘Omar bhai [brother], you are doing a good job. We always look at your Facebook page for real news. Keep up the good work,’ I feel inspired.”

His elder brother works here too, and the two of them catch up almost daily despite Mr Omar’s busyness. “If I can make someone smile, that makes me happy too. That is something money cannot buy.”