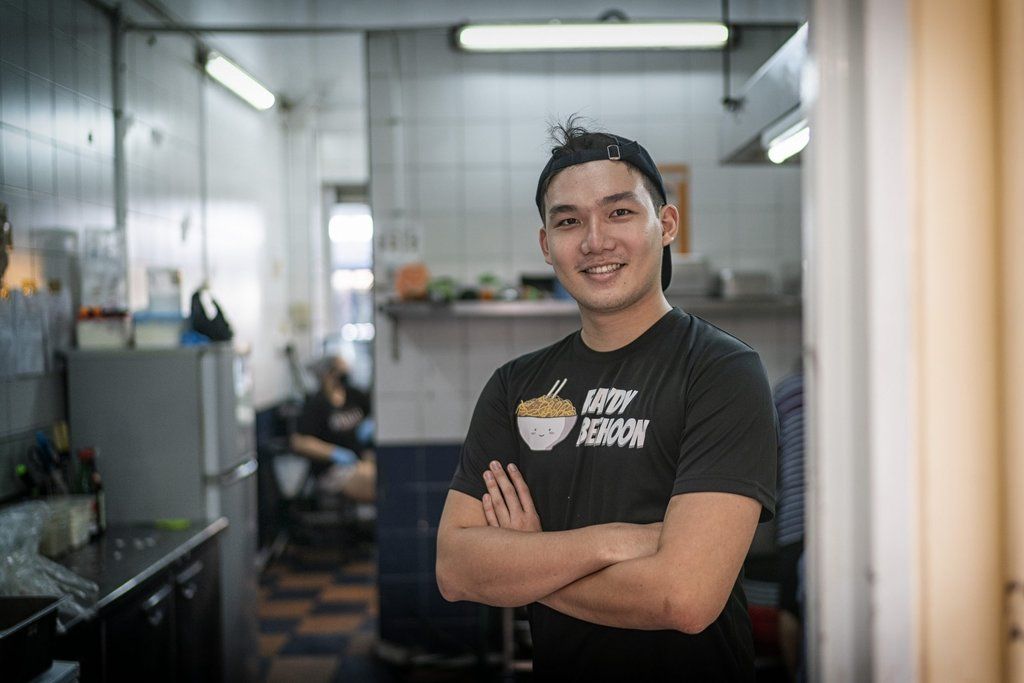 Since April 13, Raydy’s has produced 32,000 meals for its partner charities. Its partner kitchens produce 2,000 meals a day, at total four locations.

Mr Lee Ray Sheng, 20, a computer science major, is the “Ray” in Raydy’s Beehoon, a student enterprise in Nanyang Technological University. The stall has remained open in an otherwise deserted canteen to produce $2.50 bee hoon breakfast set meals for the needy during COVID-19.

When the school was suddenly closed and students sent home, he said: “As a business owner, I could feel the loss of all my customers. I knew I was about to lose all my business. For the whole month of April and May, I’d be expecting no salary but I’d still have to pay rent. But that’s not so bad because I’m a student, and I’m not even expected to make money.

“We wanted to do something bigger, and beyond what we think we can do”

“But I saw the people around me experiencing this and that’s when it dawned. How bad everything was. Wah, s**t.”

“We wanted to do something bigger, and beyond what we thought we could,” he said. “We actively were looking for people to let us use their kitchens. We wanted to make it as big as we could. We’re students. We’re so free, and we don’t have many worries. All you worry about is being bored.”

So he huddled with his collaborators, and refused to sit still. The foursome decided to take their business to industrial kitchens, which they then had to move out of as each closed. They finally moved back into their own premises, pending permits from their school.

“When we first started, we delivered to the Food Bank ourselves,” said Ray.

“We wanted to do something meaningful. We have the skills and the logistics to do something bigger. I feel really happy that it has worked out. In general, I’m very happy with our initiative.”

Since April 13, Raydy’s has produced 32,000 meals for its partner charities. With its network of kitchens, it produces 2,000 meals a day, at total four locations.