(Photo Above) Staff of the Objectifs Centre for Photography and Film return to their centre for the first time since the start of the Circuit Breaker to find weeds taking over its once-pristine forecourt. They take the opportunity to start moving framed photographs from their last exhibition before closing from the Chapel Gallery to the administrative block to prepare for the next phase of re-opening. BRYAN VAN DER BEEK

ittle by little, Ms Lim Su Pei and her team at OH! Open House watched two years of planning implode over the course of the Covid-19 situation.

The independent arts group’s first international show in its 10 years of operation, WOOD 2020, aimed to turn old factories into living exhibition spaces, with a site-specific art show designed for about 10,000 people. The objective: to reveal the northern industrial area of Sungei Kadut as a setting for Singapore’s timber history harking back to the 1970s.

“We need art to understand what is happening around us more than ever. Not only can art help us navigate and think through the current situation, but it also contributes to our well-being, including mental health.”
Ms Lim Su Pei, assistant director of OH! Open House

Over a Zoom conversation, OH!’s assistant director Ms Lim said the group had made contingency plans at first, hoping that their show, their signature art walk, would still go on in June as scheduled. “Every day was a shifting goal post. There were regulations about not going out to eat, then schools closed, and we had to pull the brakes and eventually shift gears.”

OH!’s mission — to physically connect audiences to built environments — does not easily port online. So one source of its revenue, ticketing, has stalled. In the meantime, Ms Lim said, the group is working on new digital programmes to continue its cause.

Pragmatism and the Arts

Yet the biggest threat to arts groups including OH! might not be the closure of venues, but hard-nosed pragmatism itself — the perception that the work of artists is “non-essential” compared to that of a doctor, cleaner or delivery person. Nonetheless, Ms Lim remains hopeful about the role of the arts in society.

The discussion (or debate) of how essential the arts are to Singapore society is a longstanding one. The Covid-19 pandemic, coupled with recent news and online conversations, have made it a point of contention.

“We need art to understand what is happening around us more than ever. Not only can art help us navigate and think through the current situation, it also contributes to our well-being, including mental health,” said Ms Lim.

“It is a way to acknowledge the way the world has changed, but also offer some joy in these unprecedented times.”

More accurately, the arts and heritage groups are classified as merit goods — along with other “good for you” items such as education — whose value in an economy doesn’t fall under purely commercial or state-funded columns. It is why the sector has always needed patrons, benefactors, public funding and sponsors.

Famously, Italy’s Medici family is still credited for its impact on the Renaissance, because its funds kept artists fed while they continued their work. 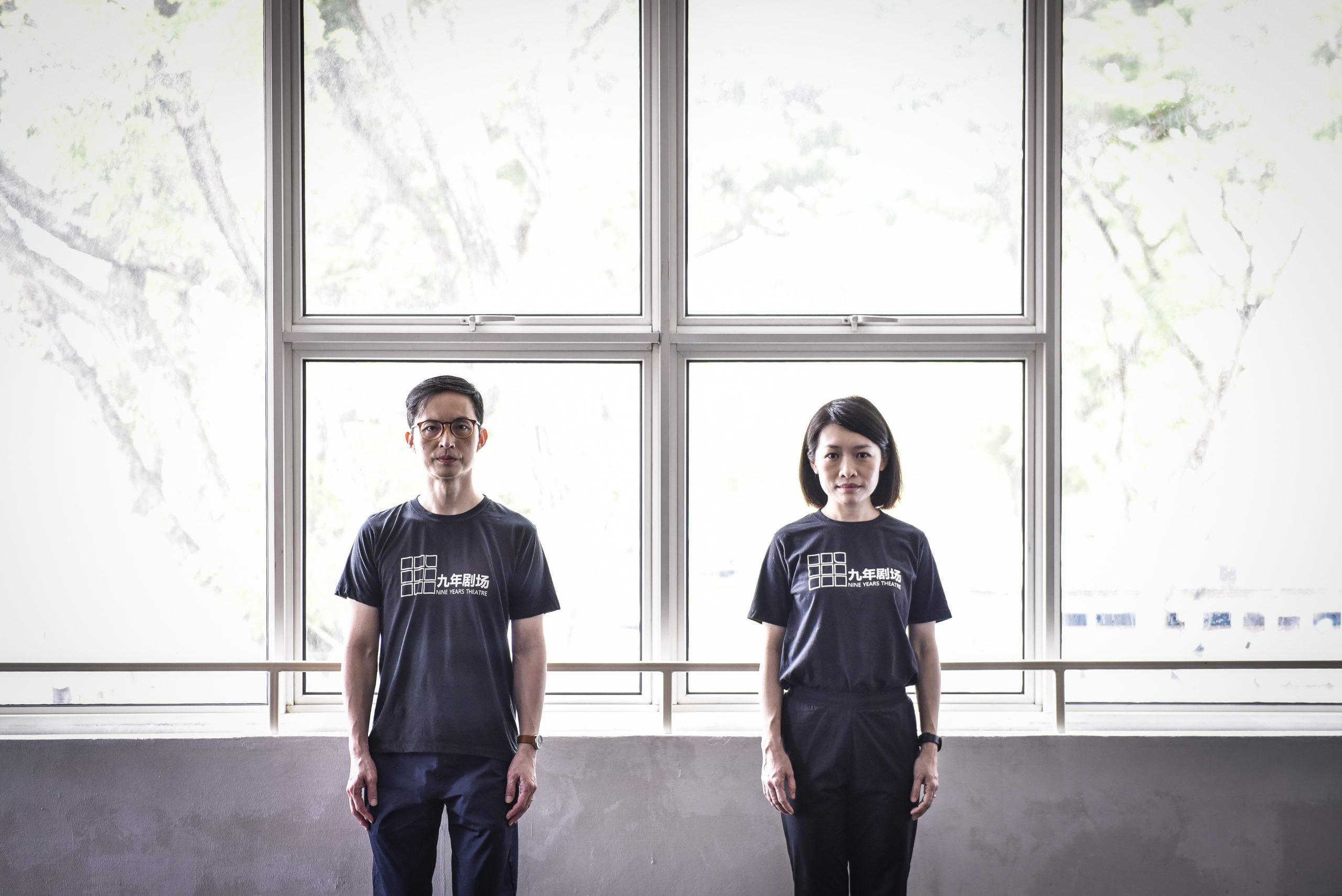 (Above) Artistic director Mr Nelson Chia and company director Ms Mia Chee in Nine Years Theatre’s new home at Kampong Glam’s Aliwal Arts Centre. Its current space is 178sqm, double its previous 86sqm, and the group had barely moved in when the Circuit Breaker removed them again. Until it is able to reopen, the group faces a monthly outlay of $2,300 (before GST) to upkeep its premises, which go to services such as security, cleaning, maintenance of common areas and washrooms. It received a two-month waiver of its $400 subsidised rental rate for arts housing. CAROLINE CHIA

In Singapore, arts groups say they have lost donations as money is reassigned to causes perceived as more urgent. They’ve also had to halt their training and education programmes at schools, cauterising another source of their income.

Many have taken their performances online until their venues are reopened — but even then, they are preparing for reduced seating capacities in line with social distancing rules. That means, lowered box office takings.

To cope, about 20 groups, staffed with anywhere from two to more than 20 members, have sought help from the National Volunteer & Philanthropy Centre (NVPC).

Some have nearly 70 years of history, others are under 10 years old. The list includes well-marketed names such as the Singapore Repertory Theatre and Singapore Book Council, as well as contemporary and traditional groups with strong niche followings, such as Nine Years Theatre and Bhaskar’s Arts Academy.

The list testifies that while their contributions do not fall into the same category as a frontline healthcare professional, they are nonetheless lasting, transformative and consistent, and need tending to in a way that merit goods deserve.

Nine Years Theatre put it best saying: “It is often difficult to determine the value and impact of the arts, which is exactly the reason for people to consider the arts as the least essential. That said, recently, an audience member posted on social media about how theatre holds a special place in her heart, and made an impact on her life. Instances such as this remind us of why we do theatre.”

“We’re still racking our brains about how to bring the magic of theatre online through a flat screen.”
Ms Mia Chee, company director of Nine Years Theatre

“We moved our free weekly training jams online, so that the community can continue to be engaged in terms of keeping the training going,” said Ms Chee, who is also the company director. But digitising “live” theatre performances is a process that still has them “racking our brains about how to bring the magic of theatre online through a flat screen”.

Digitising Art Has Its Challenges

Arts and heritage groups have long been part of an extended schools ecosystem for aesthetics education.

Practitioners teach performing and visuals arts subjects including art, music, literature and drama — disciplines are the fabric of the world’s top education systems, including Singapore’s, because they enhance creative expression while shaping learners’ personal, cultural and social identities. 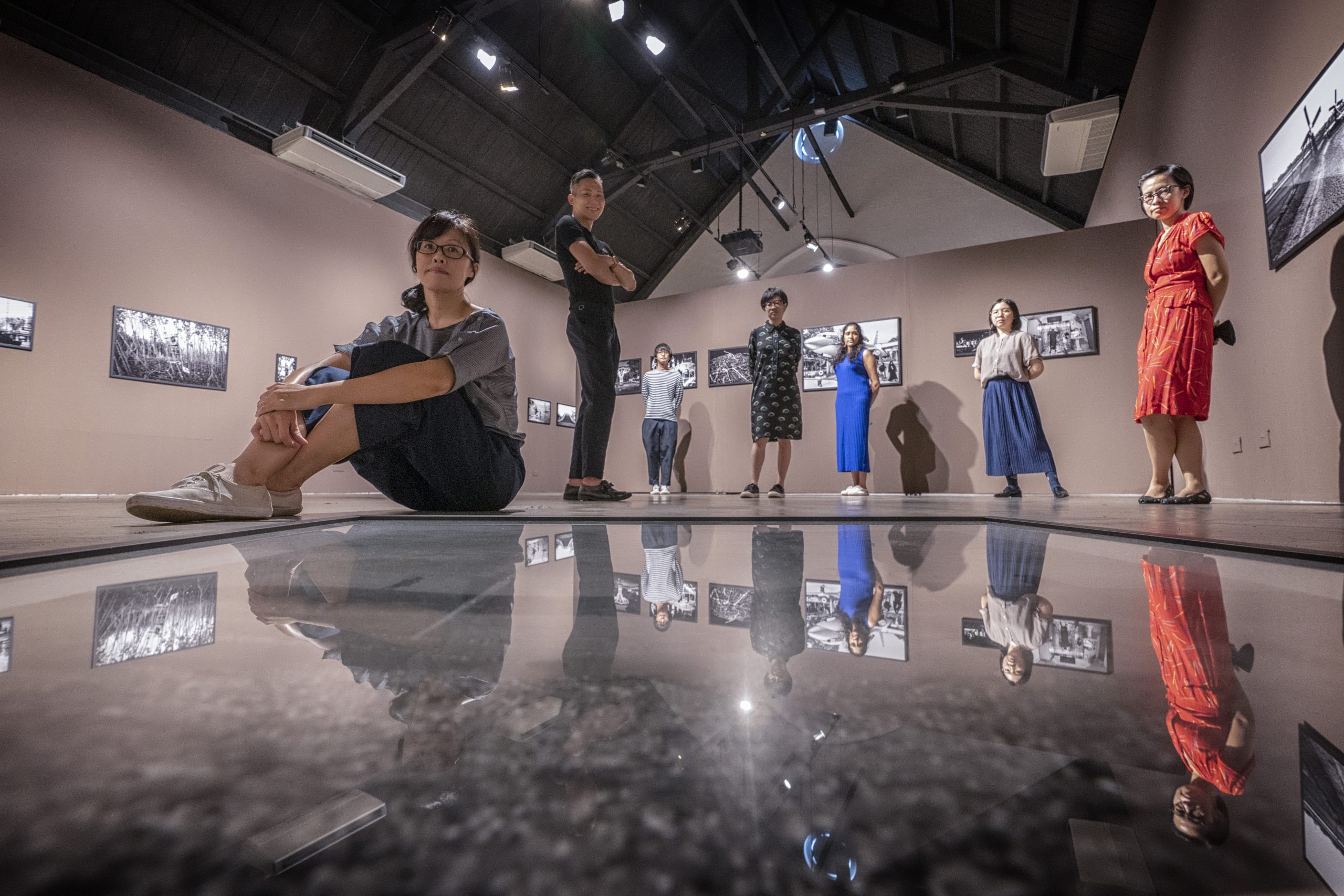 (Above) (L-R) Objectifs Centre for Photography and Film’s co-founder and centre director Ms Emmeline Yong, outreach director Mr Ryan Chua, manager Mr Lim Ming Rui, senior manager Ms Leong Puiyee, manager Ms Adii Shivaramakrishnan, administrator Ms Tiffany Nah and programme director Ms Chelsea Chua at the Chapel Gallery of the centre. The Circuit Breaker halted the centre’s main revenue-generating activities such as workshops (both at the centre and at schools), resulting in a more than 80 per cent drop in income. Being unable to present exhibitions or screenings has further impacted the artists who exhibit and educate. They have moved as much as they can online, including panel discussions and webinars, and are seeking ways to hold exhibitions using virtual and augmented reality technologies. BRYAN VAN DER BEEK 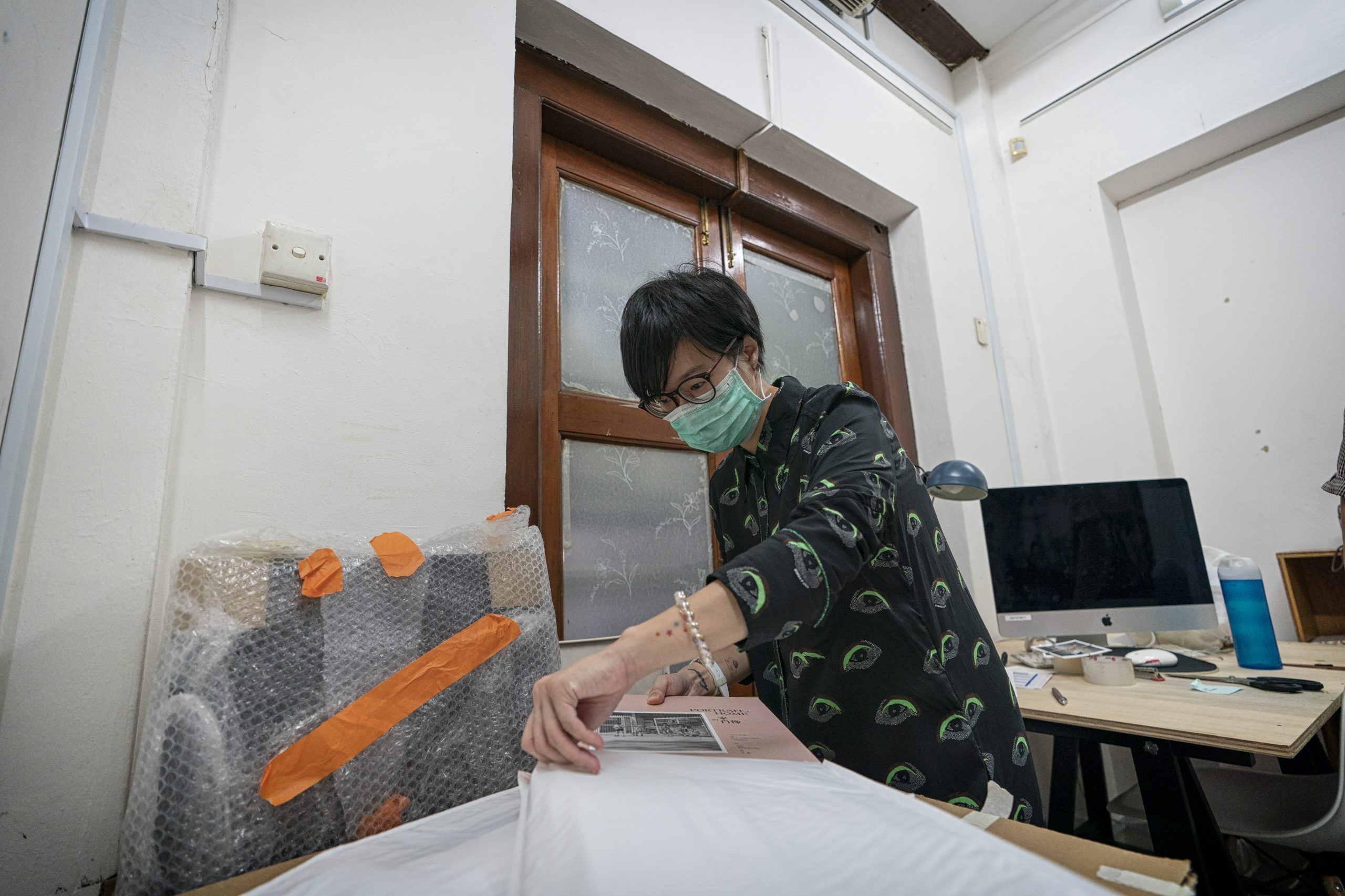 By extension, groups here serve all Singaporeans in their creative pursuits. In addition to staging some of the most notable shows on the annual event calendar, they also work with bilingual audiences, children with special needs, aspiring authors, and many more.

In 2018, Objectifs Centre for Photography and Film staged Passing Time, an exhibition of photos by 83-year-old photographer, Mr Lui Hock Seng, who works as a cleaner at Singapore Press Holdings (SPH) to support his wheelchair-bound son.

The piece not only showed his artistry through his black-and-white photos of Singapore from the ’60s and ’70s, but generated an outpouring of sympathy for his plight. The show caught the attention of international media including the BBC, and received a shout out from Prime Minister Lee Hsien Loong on Facebook.

“With the amount of interest and attention generated, we also helped him to raise funds by selling his prints and publishing a photobook for him, which we continue to sell in our retail store,” says Mr Ryan Chua, outreach director of Objectifs.

“With the amount of interest and attention generated, we also helped him to raise funds by selling his prints and publishing a photobook for him, which we continue to sell in our retail store.”
Mr Ryan Chua, outreach director of Objectifs Centre for Photography and Film

Organisations committed to enabling audiences to look beyond the situation at hand, uplift spirits, and hope for better tomorrows are more needed than ever.

Theirs is work that directly counters the socio-emotional toll of uncertainties around finances and health. The empathy and understanding they promote inspire and inform how people think; it inspires action.

To sustain that mission is to ensure that this society is one that knows not only the price of everything, but its value too.

Read more about how Arts and Heritage groups are coping during Covid-19 in Singapore, at: Part 2 – In Focus: The Artist at Home and Part 3 – “We Have Not Been Sitting Idle”: Arts Groups Persevere Through Digitalisation and Innovation

Play your part and support the charities at Giving.sg – The City of Good Show: Arts & Heritage