What Are You Doing SG?
Home Doers June Chua: Taking a “Tough Love” Approach to Sheltering the Homeless in... 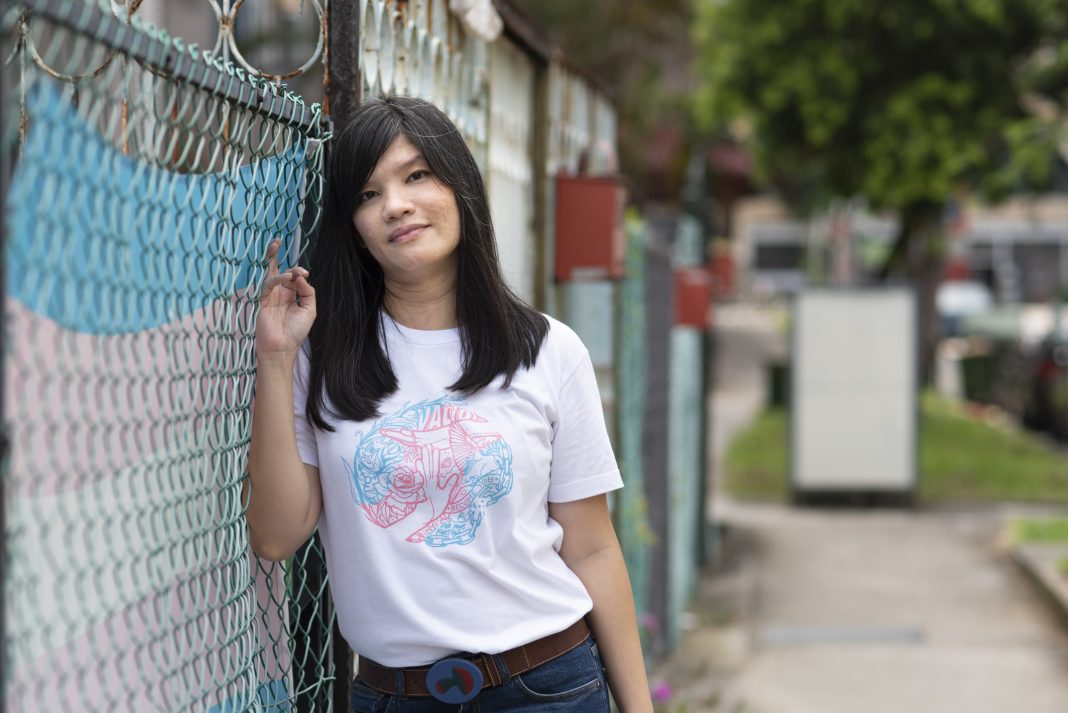 (Photo above) Ms June Chua, 47, founder of Singapore’s first and only homeless shelter for transgender (trans) women, cares for the small and often marginalised transgender and transgender sex worker community in Singapore. The T Project shelter has become a haven where they receive support and daily necessities until they regain independence.

some of them go hungry, others leave the lights off, others avoid using dishwashing liquid — just to save money.

For the small and often marginalised transgender community in Singapore, The T Project shelter has become a haven for homeless transgender women, as well as transgender sex workers, who check in regularly to pick up rations.

In cases of the needy and elderly, who are homebound, the organisation arranges distribution of rations, in partnership with volunteer organisations who donate dried foods and daily necessities like laundry detergent and cooking oil.

But Ms June Chua, 47, founder of Singapore’s first and only homeless shelter for transgender (trans) women, is emphatic about their resilience: “They are all savvy people who can, more often than not, find their own work. And some are skilled professionals (who work in many industries), not only sex workers.”

“They are not destitute. They are all savvy people who can, more often than not, find their own work. And they are skilled professionals, not only sex workers.”

She believes the group under her care is anything but destitute. However, the pandemic made life a little more challenging for the community. “For retired sex workers, they don’t usually have a bank account or the know-how to receive Government aid quickly.”

What’s more, the gregarious fast-talker adds: “Many of them are in their 50s and 60s. As they are older (and grew up in more conservative times), they are self-stigmatised and tend to keep to themselves.”

Nonetheless, as a community, their feelings of isolation and loneliness were made more acute during the Circuit Breaker, which cut off human connection with their support network.

Raising Awareness for Social Integration
As the T Project provides shelter and food to the homeless, it has a bigger mission to raise the visibility of the community in Singapore — rooted in deep empathy for the oft-neglected community.

“Many (retired sex workers) are also in their 50s and 60s. As they are older, they are self-stigmatised and tend to keep to themselves.”

That stems from Ms Chua’s own involvement working in a women’s care centre educating the sex-worker population about safer sex practices and HIV prevention, after she herself retired from the sex industry in 2011.

Over those years deeply engaged in understanding their pains, she and her late sister, Alicia (also a trans woman), grappled with how to better meet the needs of the trans community.

As a transgender woman herself, Ms Chua is intimately acquainted with both transgender issues, as well as those of sex workers.

“Mine is not the cliché story of being a former lawyer or banker who one day decided to give back to society,” she says. “I was a sex worker, doing the same thing for more than 20 years. I was bored and needed a career change.”

Now, she says: “For me it is about raising awareness of who they are, why they transition, and some of the issues they face, so as to help with social integration.”

That no-nonsense pragmatism was what established the first T Project shelter in an old shophouse in Little India, which the Chua sisters set up in 2014.

In 2016, after her sister passed away in 2015, Ms Chua raised $130,000 to set up a larger space, the current shelter — a single-storey house in the heart of Geylang with the blue, pink and white transgender flag proudly hung on its fence.

The premises can accommodate up to six residents at any given time; its rent-free terms are a maximum of six months. As a halfway house, it offers shared rooms with bunk or single beds with shared living facilities until they can find alternative housing.

“My only goal is to help them get permanent accommodation,” she says.

Assisting the Hyper-Marginalised in a Pandemic
The untold challenges of transgender individuals in Singapore are many.

Its sex workers alone were faced with an abrupt halt to their incomes, leaving them with very little to afford food.

To help them through the Circuit Breaker, the T Project facilitated food distribution via SG Assist, and delivered more than 100 food rations and care packages to the elderly transgender community.

Since the economy began to reopen, those who need financial support continue to pop in and out with grocery trolleys to collect donated food rations at the T Project shelter. Over the course of WhatAreYouDoing.Sg’s one-hour visit to the shelter, five women had come by to stock up on rations.

In the early days, Ms Chua says, she was very heavily involved with the lives of her beneficiaries — their family disputes, mental health issues or drug-related problems. But being their caregiver 24/7 was utterly exhausting, and unsustainable.

Now, she helps them regain independence, so they get back on their feet.

“I slowly learnt to let go,” she says. “I try not to become too friendly with them. Even after they leave they will ask me things, but I always ask them to speak with their social worker. When they fly the coop, they cannot look back.”

“I don’t try to understand or rationalise why they are in the situation they are in,” she says of her approach. So long as a case is referred to her by a Family Service Centre (FSC), she provides a bed.

“I don’t see them as having a problem that needs fixing. Just that for that period in time, they needed somewhere to go home to.”

While that bed is warm, and comes with food on the table and a roof over their heads, she says, it doesn’t come with career advice or “learn to build a resume” classes or motivational “life beyond what you are doing” sessions.

“I don’t see them as having a problem that needs fixing,” she says. “Just that for that period in time, they needed somewhere to go home to.”

Guiding the Community through Transition
While the Geylang home is a transient space, Ms Chua is keen to expand her second safe haven, the Alicia Community Centre, which is named after her late sister.

Opened in 2018, the centre offers professional trans- and queer youth-focused counselling services to support the community.

As part of her mission to educate, the centre also runs sensitivity workshops for organisations and corporates to help them better understand the transgender community.

“I want my shelter to be redundant, so only one shelter is enough,” she says. “But I wish to have more counselling centres to address the needs of the community.”

To keep things going, Ms Chua relies on private donations and support from organisations such as the Temasek Trust’s Oscar@sg fund, which has helped her add more beds to the shelter and enabled her to provide part-time work for the shelter’s caretaker, Daniel*.

While her focus has been on transgender women, she has also extended room to gay or transgender men who have been turned out of their family homes. “As long as there is room, I will accommodate those from the wider LGBT community.”

Despite how much she’s done over the last six years, she’s not keen to be cast as anyone’s saviour. “I just love meeting and talking to people.”

Find out more about how The T Project is empowering Singapore’s trans community at www.thetprojectsg.org