What Are You Doing SG?
Home Stories Vignettes Early Babe Plays Catch Up 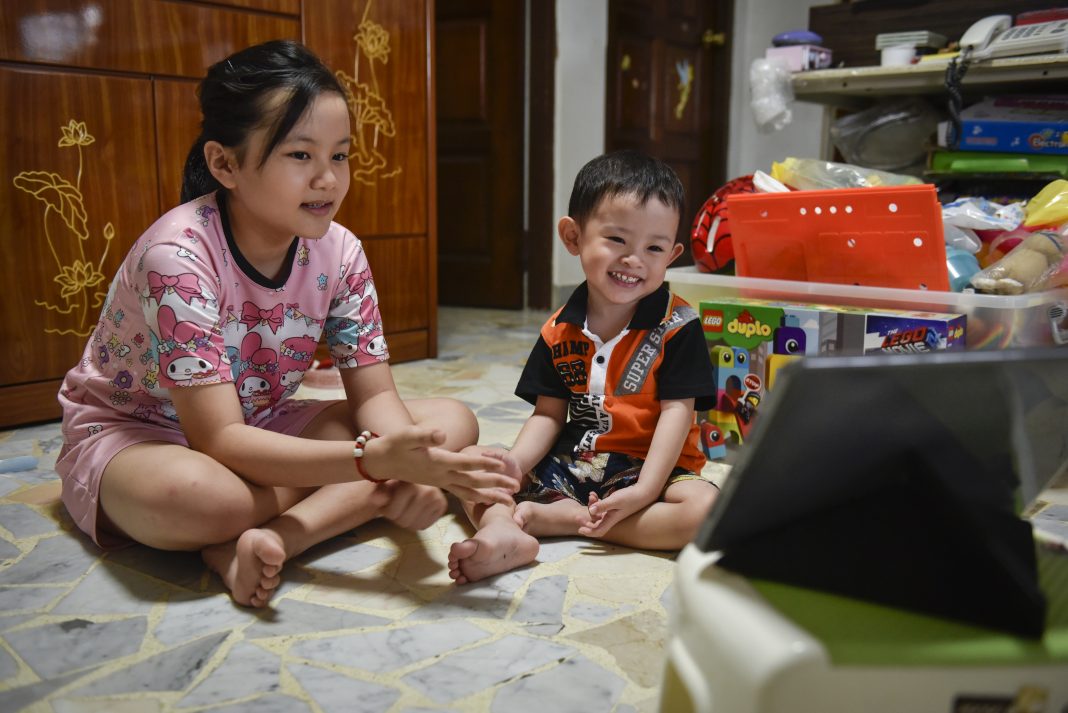 ay Ming Jun met the outside world seven weeks before he was due. “He was smaller than a kitten then, and could fit right into his father’s palm,” said Madam Jennifer Poh, 41, adding that her son had to be monitored weekly at the hospital until he turned a year old.

He arrived too early, at 33 weeks, and spent the first 13 days of his life as a resident of the Neonatal Intensive Care Unit (NICU) of the KK Women’s and Children’s Hospital (KKH) before he could return home.

Ming Jun has cognitive and developmental issues, and works with Extraordinary People Limited (EPL) so he can reach his developmental milestones.

The three-year-old charity (registered in July 2017) enables and supports children and youth with special needs, providing them access to performing arts at its centre in Beach Road, and offers child-centric, multi-disciplinary therapy services at its second centre, in Joo Chiat.

Madam Poh, a process development executive at a semiconductor company said: “He was walking on tiptoes and at two, he was not articulating his thoughts. He just pointed to things he wanted and grunted in response to questions.”

In September 2019, Ming Jun started his weekly speech and music therapy at the Joo Chiat centre. Now, just nine months afterwards, the cheeky three-year-old speaks English, Mandarin and Hokkien — if only to his grandparents.

During his EPL home-based learning and video-conference therapy sessions, Madam Poh usually sits by her son. But when work meetings run over, she said, “my daughter would take over”.

Now, 10-year-old Wan Xuan sits beside her brother and joins in the therapy sessions. His mother says: “He even watches cartoons in five different languages, including Korean and Tamil. He looks like he understands the show and enjoys them very much. Who knows, one day, he may even start speaking Korean to us.”

Visit Extraordinarypeople.sg to find out how you can contribute to EPL or donate through Giving.sg.

Play your part and support the charities at Giving.sg – The City of Good Show: Disability