What Are You Doing SG?
Home Stories Features Bridging the Digital Divide, One Tech Device at a Time 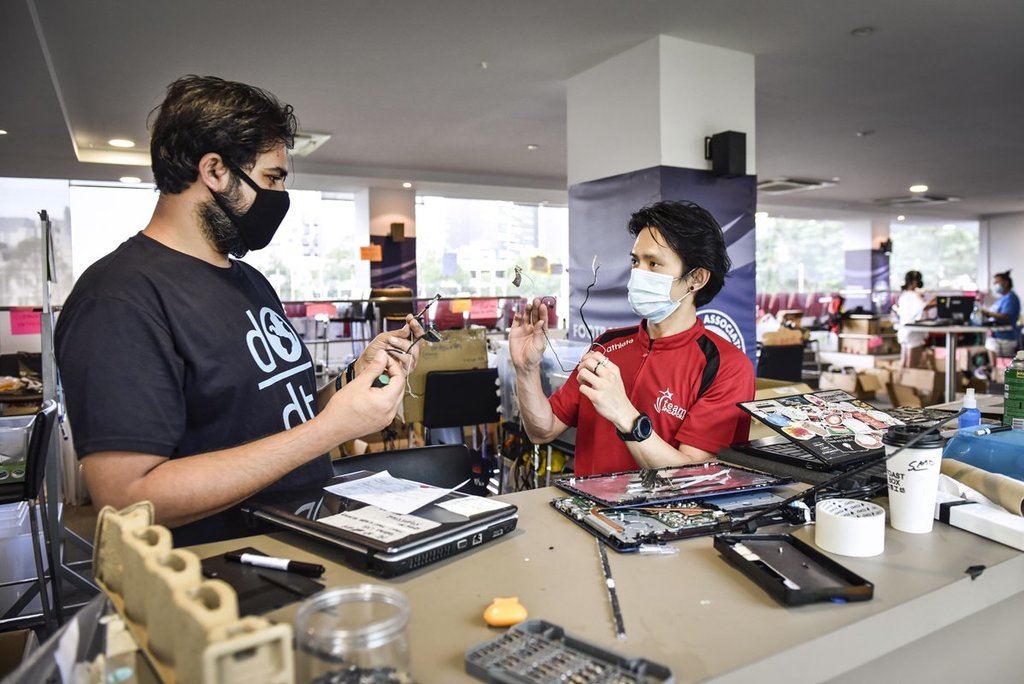 (Photo Above) Igniting new sparks: Volunteers (L-R) Saad Chinoy and Lucas Ng discuss laptop cameras. This group of volunteers have spent more time together than they have with their families during the Circuit Breaker.

At the Jalan Besar Stadium, the home of Singapore football, a team of “nerds” are teaming up to try and score a decisive goal.

Instead of boots and shin-pads, their battle armour is usually flip-flops or sandals, sometimes the odd track shoe. They are armed with laptops and mini screwdriver sets – essential tools to deal the opposition a firm blow.

Their mission: to narrow Singapore’s digital divide, one tech device at a time. 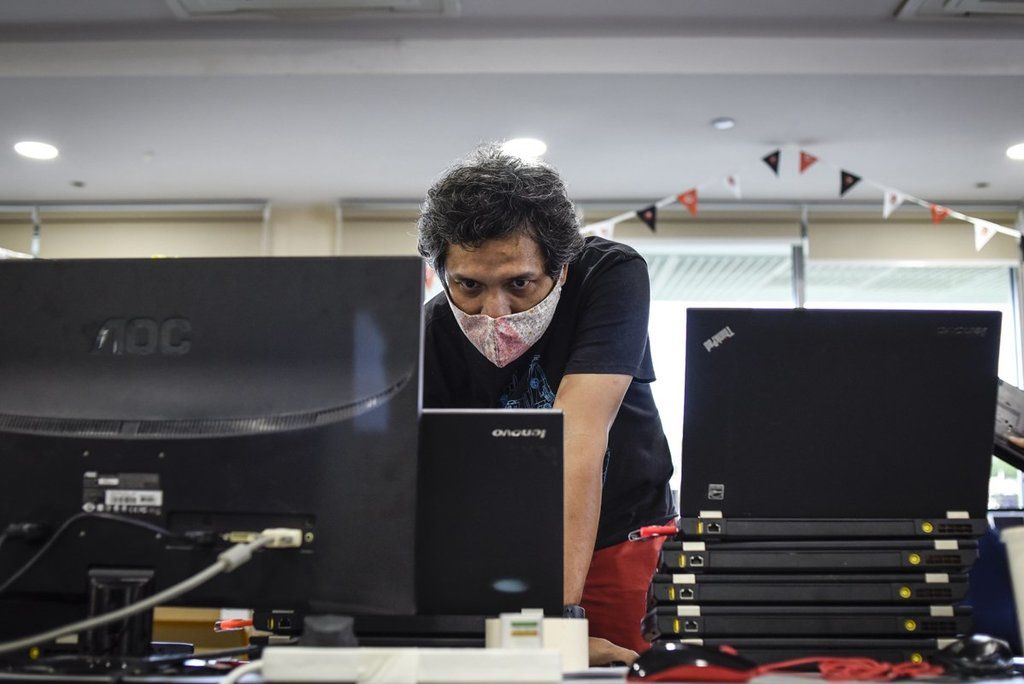 (Above) In the detail: Mr Johann Annuar works on some refurbished laptops that were donated. At the start of the project, the team worked 14-hour days, seven days a week, to meet the demand.

“When we started (the Computers Against Covid initiative), we didn’t know the number of those without access to a computer was sizable,” said Mr Johann Annuar, 46, executive director of tech-based non-profit, Engineering Good.

What started as an idea to help families get access to laptops – when the Ministry of Education implemented home-based learning as a result of the COVID-19 circuit breaker measures – has now evolved into a cause Mr Johann and his team are firmly behind.

According to a 2018 Infocomm Media Development Authority survey, 98 per cent of households with school-going children have access to a computer, and almost 100 per cent have home Internet and broadband connection. Given Singapore’s 1.37 million households, that translates to over 27,000 homes without a computer. The Singapore Government also announced in 2018 the Digital Readiness Blueprint and 10 recommendations to prepare Singapore residents for a digital future. 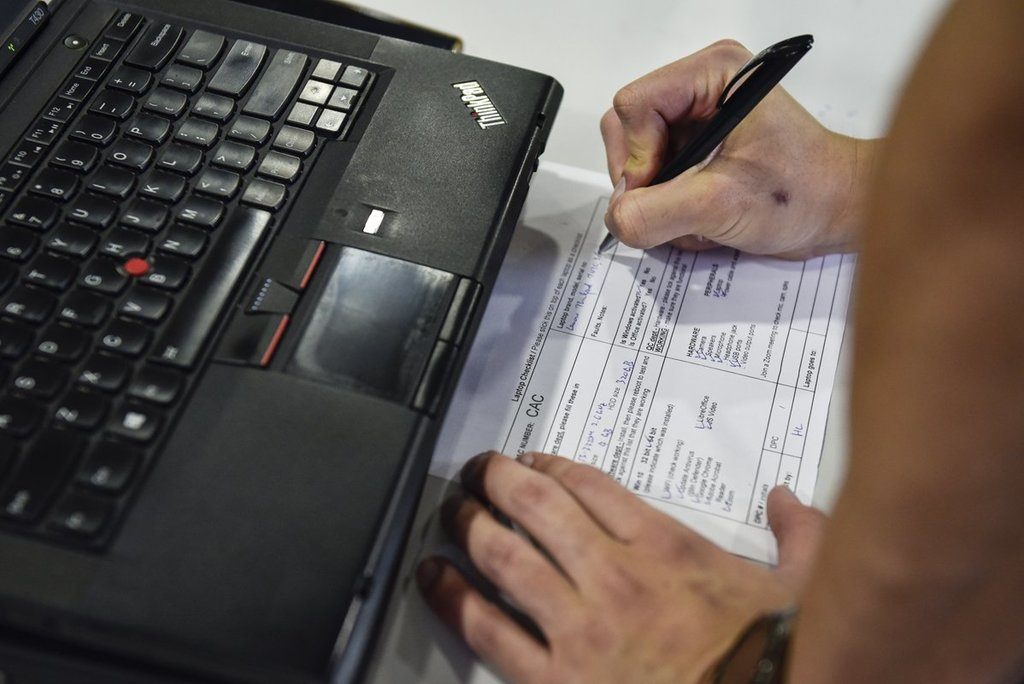 (Above) Quality control: Every laptop’s hardware and software are checked before they are ready to be given out. The hardware checks include making sure the camera, speakers, microphone, headphone jack, USB ports and video output ports are working.

“The COVID-19 pandemic has exposed the need for digital solutions, not just for education, but also social and medical needs, and this will only increase. We can’t let kids without laptops lose out.”

“We hope to work closely with the Government and go deeper into how we can help more people get access to devices to get them online,” said Mr Johann.

“The COVID-19 pandemic has exposed the need for digital solutions, not just for education, but also social and medical needs, and this will only increase. We can’t let kids without laptops lose out. But we shouldn’t just stop at kids. What about seniors, people with disabilities, migrant workers? They all should have a right to know how to be connected and stay connected.”

Since Engineering Good started its laptop drive at the end of March, it has delivered more than 1,800 laptops to households to self-help groups, social service organisations and family service centres. 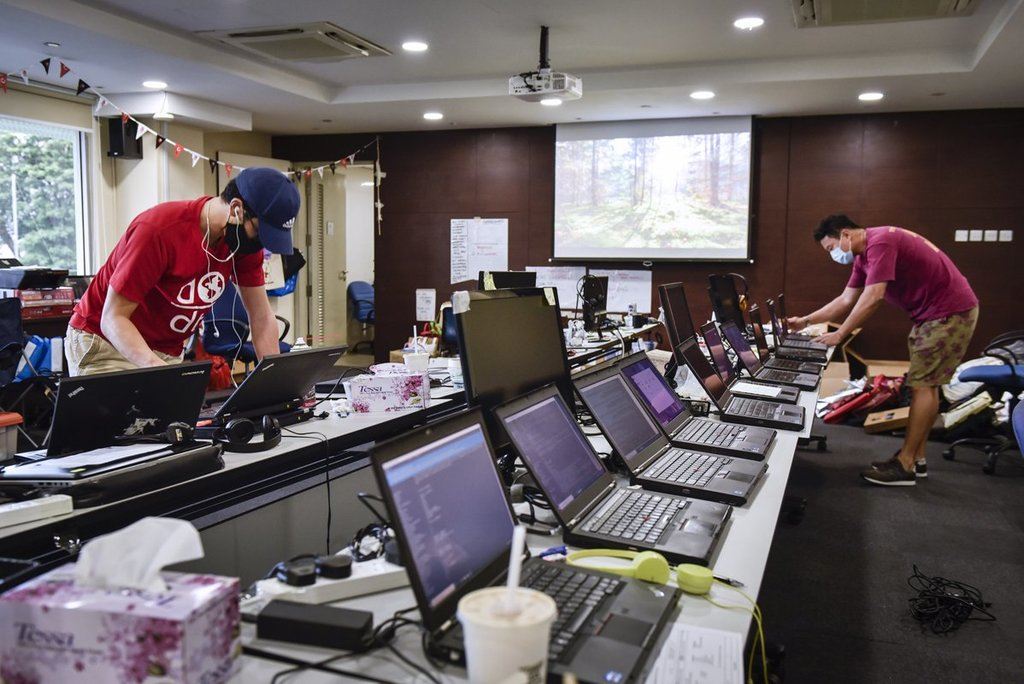 (Above) Team effort: Volunteers (L-R) Low Hong Liang and Adrian Chew go down the line of laptops to check on each one.

In just two months, both demand for laptops and offers to help have grown so much that the project had to move from Engineering Good’s Henderson office to the Jalan Besar Stadium, where sports events have been suspended.

There, it has taken over the stadium’s conference room and executive lounge, usually used by the Football Association of Singapore. Mr Johann said he is grateful to Team Singapore for helping secure the premises.

The conference room is the nerve centre of the Computers Against Covid operations. It is where volunteers coordinate with the group’s 24 technicians island-wide to have donated laptops first dropped off to be reformatted and then delivered to the Jalan Besar Stadium. Beneficiaries will then pick up the laptops from the stadium.

“Initially I thought: Let’s just do this for one weekend. I’ll get a bunch of nerds and we’ll all reformat some computers and that would be it,” said Mr Johann, who has previously worked for other non-profits like Doctors Without Borders. 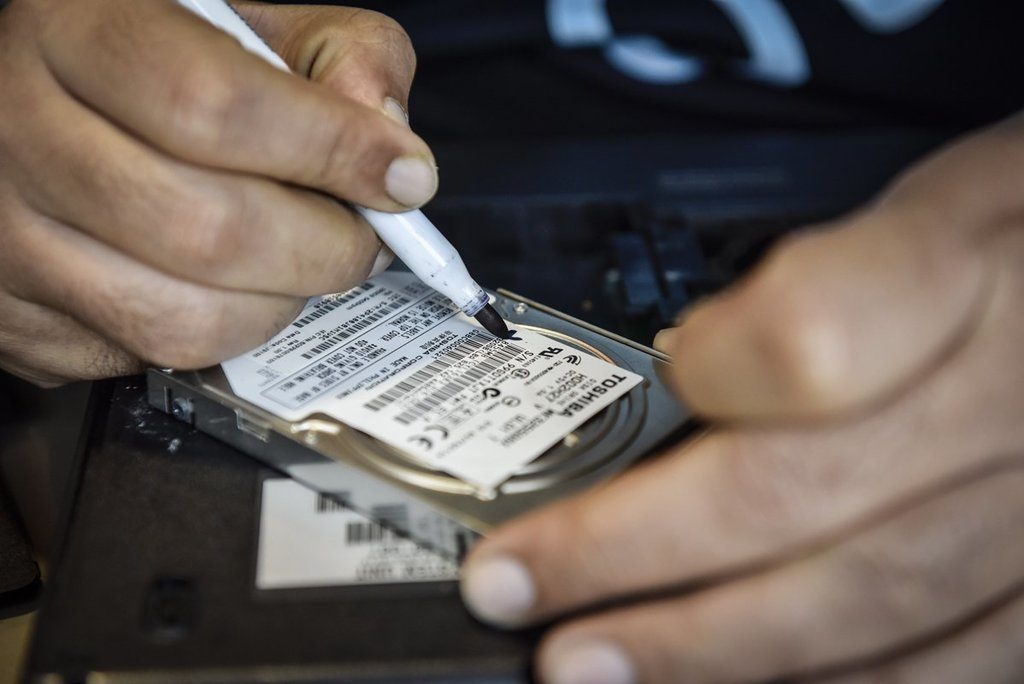 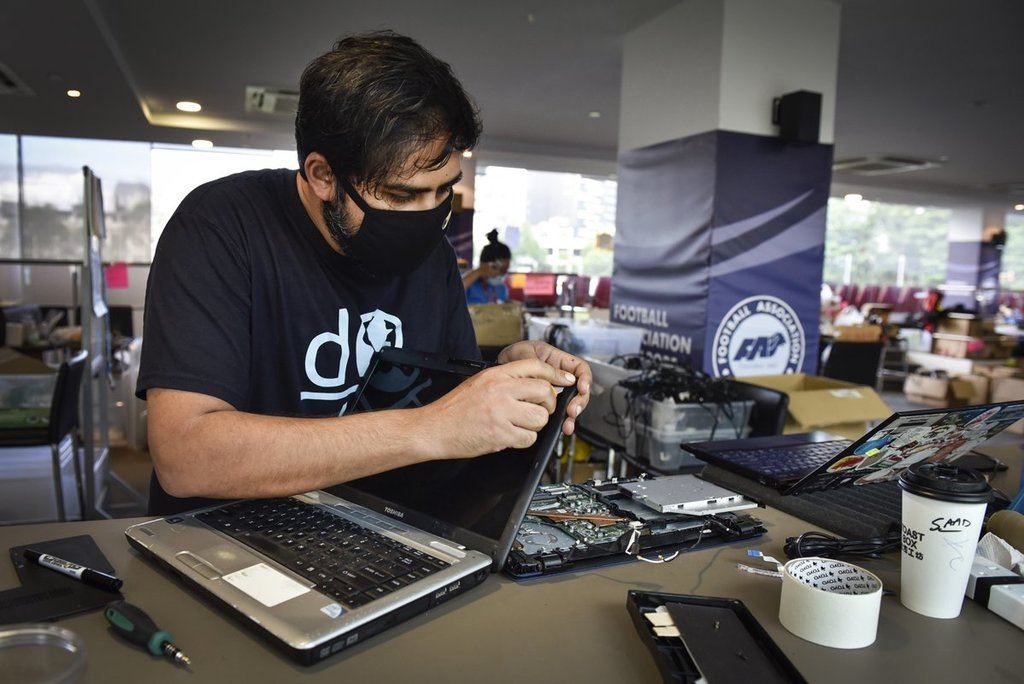 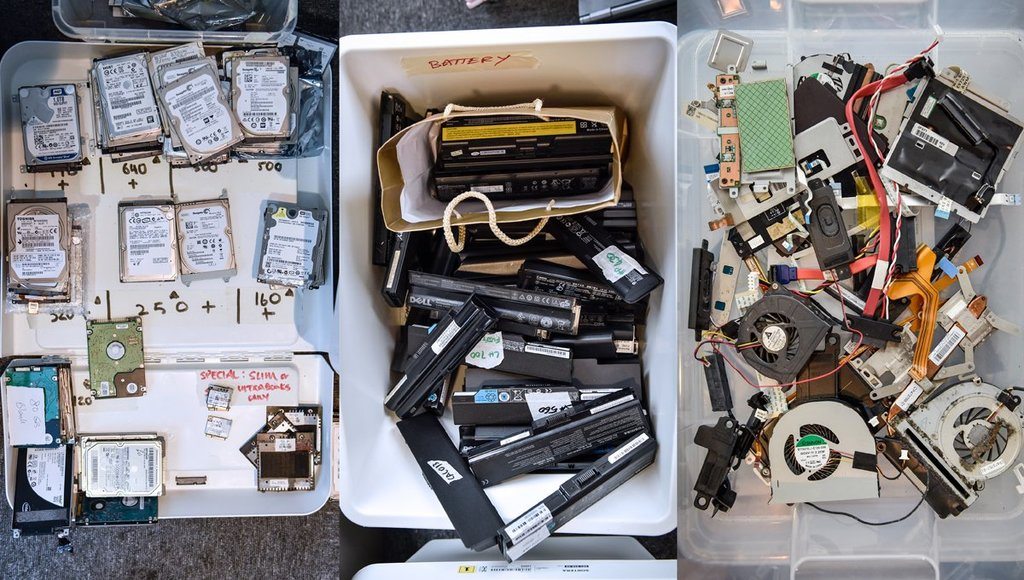 (Above) Reuse, recycle: Laptops which can no longer be used are taken apart and the hardware, such as batteries, cameras and memory cards, that are still usable are labelled and kept in case they can be fitted into another similar laptop.

A volunteer base made up of drivers, homemakers, stewardesses

Today, the project is backed by over 160 volunteers, comprising technicians, drivers who deliver and pick up laptops, and operations coordinators who liaise with donors, recipients and fellow volunteers. Their day jobs range from homemakers, private-hire drivers, students, TeamSG athletes and stewards/stewardesses.

The coordinators play a crucial role as they act as the project’s first layer of quality control. 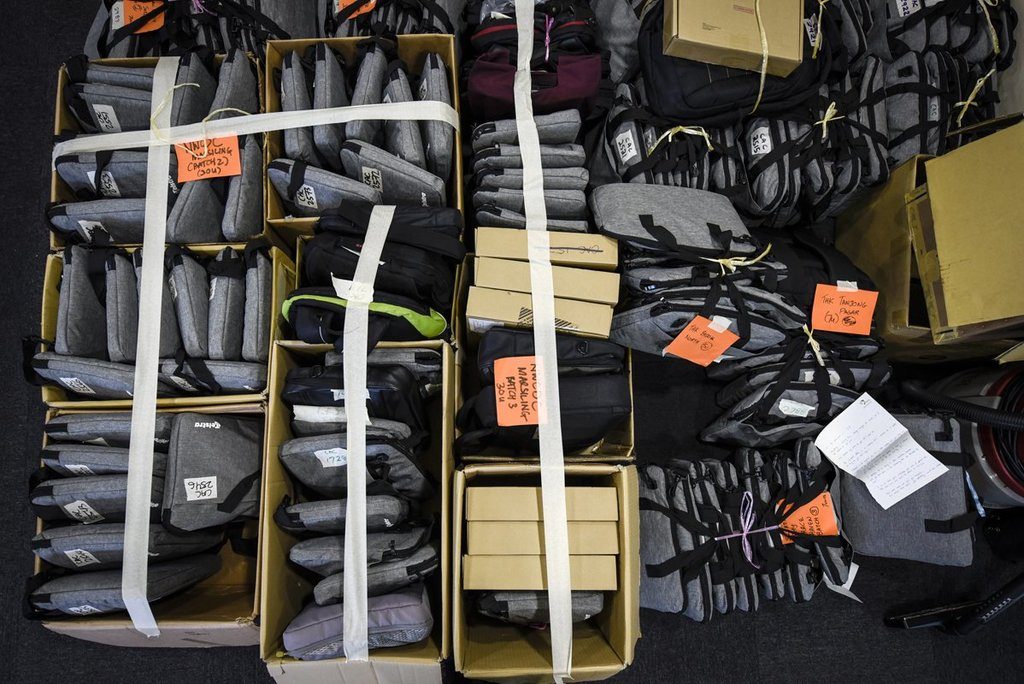 (Above) Cream of the crop: Serviced laptops are bundled together ready for collection from beneficiary organisations. As of May 25, 1,845 laptops have been refurbished by the volunteers of Computers Against Covid. But they are still short of the 1,910 laptops requested.

“At the start we were getting quite a lot of laptops, about 50 to 60 a day,” said Mr Johann. “But of 10, only six could be used. But since adding the layer of checks, which is really just asking a list of simple questions, we now can use close to 90 per cent of the laptops donated to us.”

The electronics that cannot be saved go to the executive lounge. Apart from laptops, some people have dropped off routers, keyboards and even stuff like fax machines.

“People mean well, but we have to tell them that we’re not karang gunies,” said Mr Johann. “People shouldn’t donate stuff that cannot work or are not suitable.” 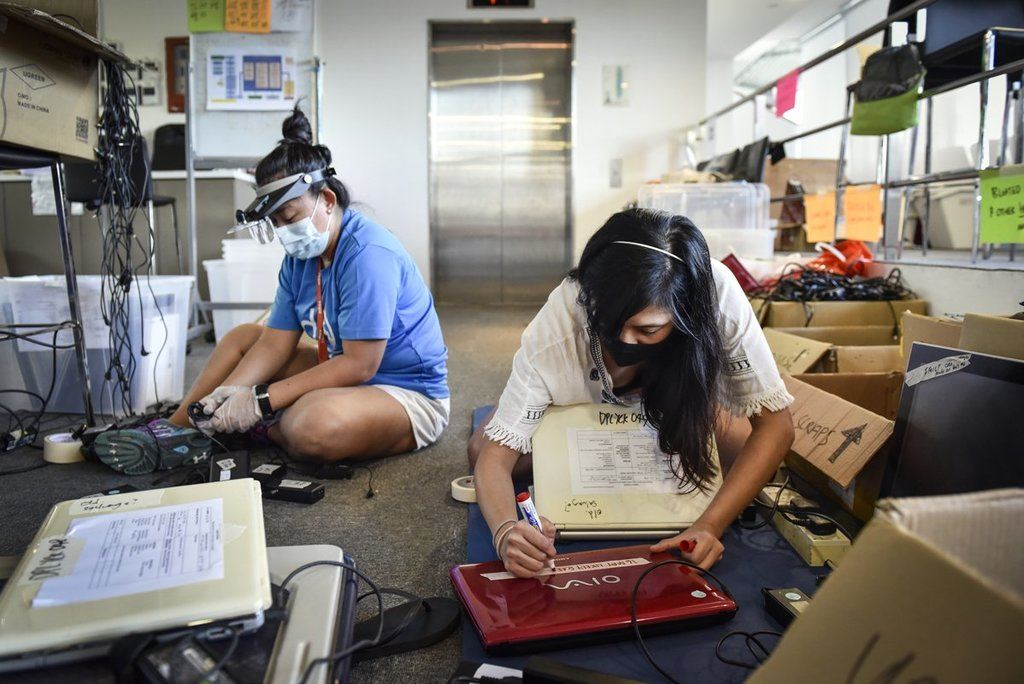 (Above) To the core: Volunteers (L-R) Lim May-Ann and Miak Oh have been with the team since Day 1. While a core team works out of Jalan Besar stadium, Computers Against Covid is made up of close to 120 volunteers, most of whom work remotely from home.

Apart from public donations, the project has also received help from firms such as New Hope Singapore (refurbished laptops) and Deloitte (laptops and $100,000 in donations) and Telstra (laptop bags). Another firm helps by purchasing their e-waste to be reclaimed and disposed of in a responsible manner. The money raised can then be used to purchase hardware which may be needed to refurbish other old laptops.

A former IT professional, he takes pride in being “extra fussy” before a laptop is given to a beneficiary. 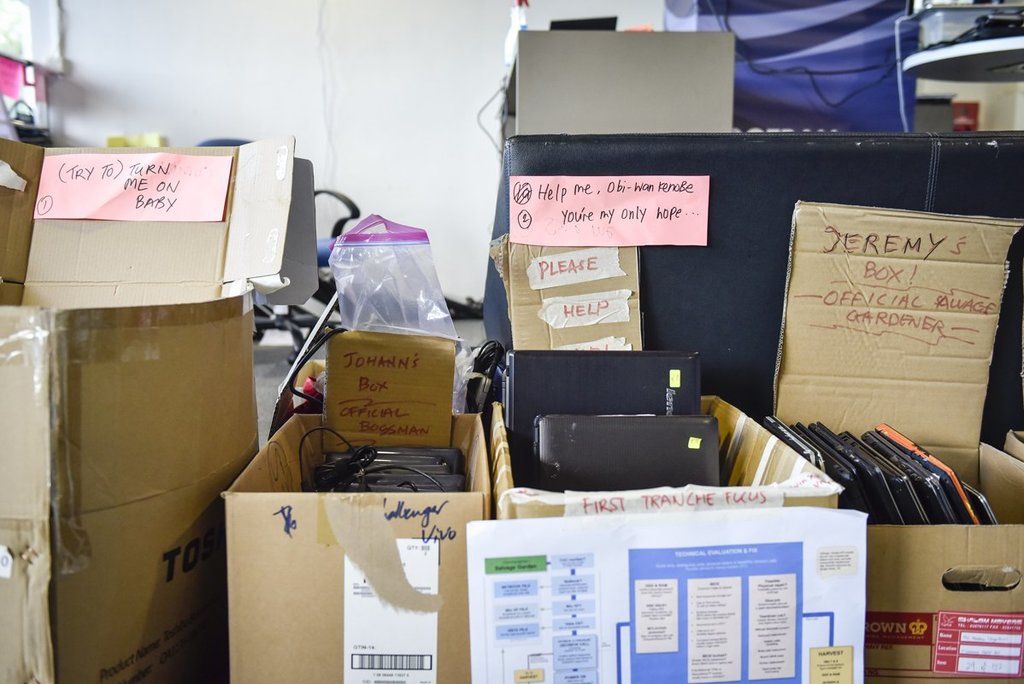 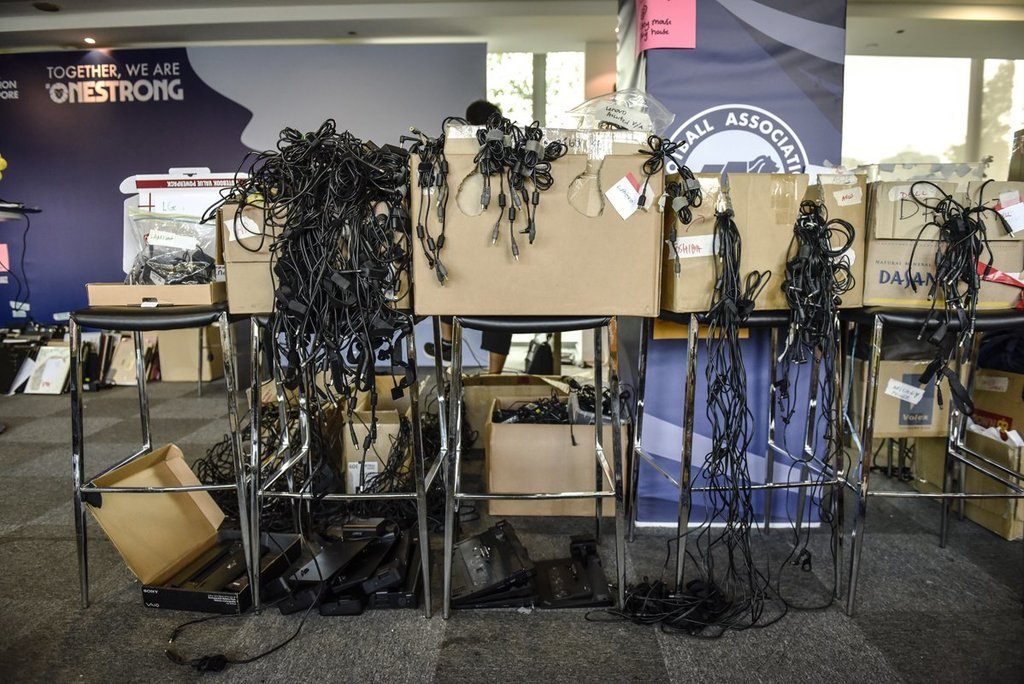 (Above) Wired up: Boxes of cables and other odds and ends will have to be organised and cleared out when the team leaves the Jalan Besar offices. Volunteers are very thankful to have been given this space to work from. It is four times the size of the previous office located in Bukit Merah.

“Cleanliness is the main thing for me,” said Mr Chong, who was also involved in a similar project collecting at the turn of the millennium. Through the project, called Enable 2000, he helped collect and refurbish personal computers before donating them to the less fortunate.

“The device must first be dust free and inviting to use. The whole point is to get people who may not be familiar with computers to use them. So the machines have to be reliable and easy to use.”

The laptops come pre-installed with software like Zoom, Google Chrome, and Adobe Acrobat Reader. The machines are also checked to ensure that the personal files and details of previous owners are also wiped clean. 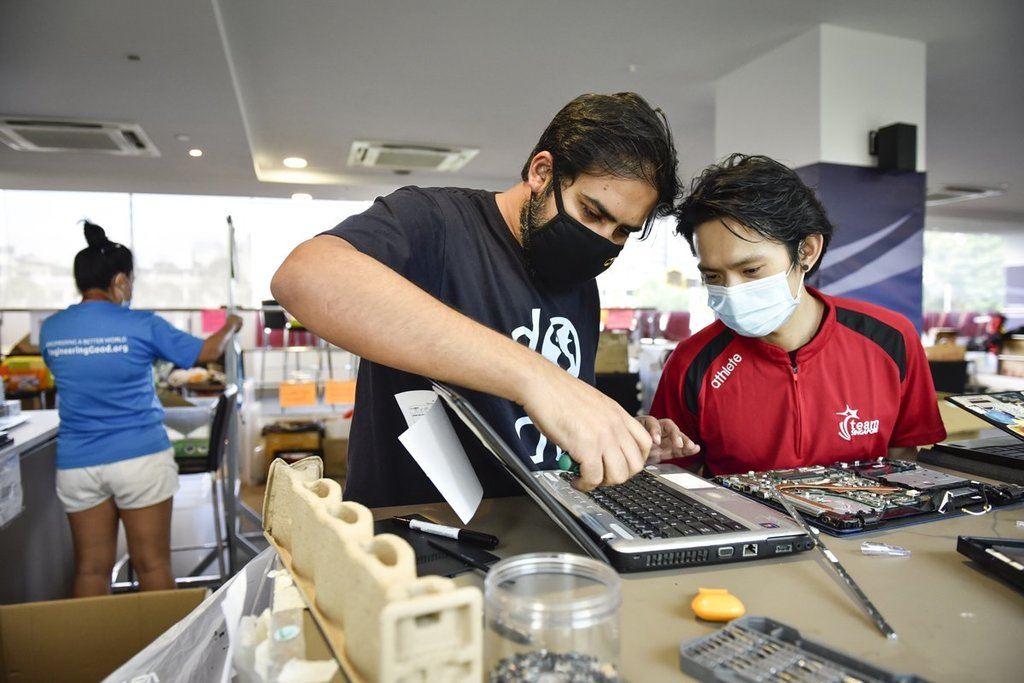 (Above) Return of the Mac: Lucas Ng (left), watches as Saad Chinoy dismantles a laptop. While Chinoy works on PC laptops, Ng specialises in Mac laptops that will go to tertiary students in need of laptops. For Ng, his knowledge on Mac laptops started as a hobby when he used to meddle and take Macs apart.

Engineering Good, which was started in 2014, is known for providing engineering solutions to the disabled and also disadvantaged communities. It only has a limited time at the Jalan Besar space, but it aims to continue the work to get more devices into the hands of needy families.

“There has been so much good done in the last two months and there is such good momentum that it will be a shame not to continue,” said Mr Johann, who, for a start, plans to start a course for people to learn how to extend the life span of their computers so they do not end up in the dumpster prematurely.

It is apt that Engineering Good’s first steps into tackling the Digital Divide were taken in a sports arena. Because in many ways, having a computer is like watching sport. Whether one is rich or poor, young or old, a computer or access to live sport often takes you on a magical adventure, distracting you from your current situation. In some instances, it can also fuel ambitions for people to improve themselves and chase their dreams.

“The Digital Divide is real and requires some looking into,” said Mr Johann. “There are not many in Singapore doing it, so if we can help make a difference, that’s a good goal.” 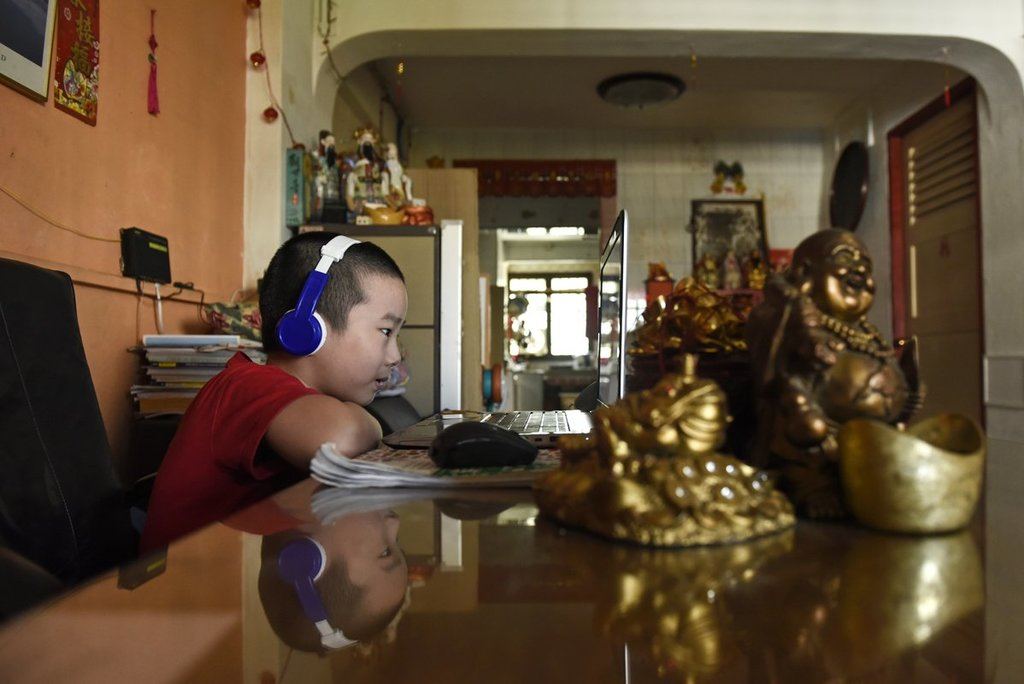 (Above) Laptop learning: A seven-year-old beneficiary from Calvary Community Care (C3) uses a laptop that was donated to Computers Against Covid. C3 helped the Primary 1 pupil obtain the laptop for HBL and for the weekly reading skills lessons that C3 conducts for children. Prior to receiving this laptop, the family had borrowed one from a relative.