What Are You Doing SG?
Home Doers Beverly Tan: Turning Giving into a Family Project 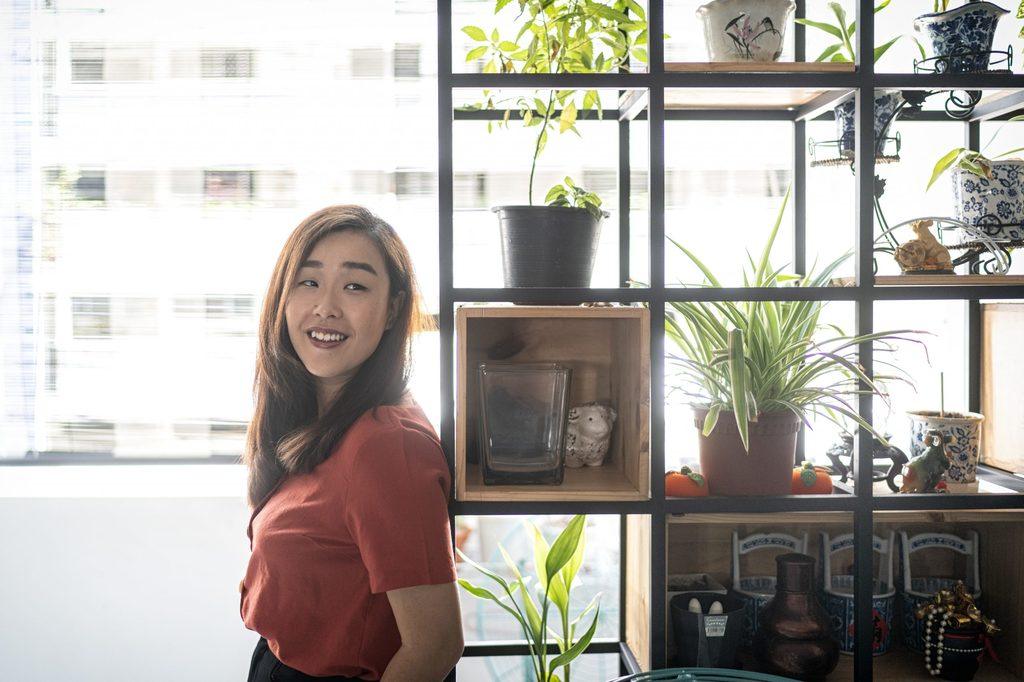 Life for Beverly Tan, founder of the “COVID-19 Support Group” on Facebook, was already hectic before the circuit breaker, well, broke.

At the start of the year, she and her husband Farley Lim, who wed in September 2019, were staying at Beverly’s parents’ in the Boon Keng area, as they made plans to renovate their new apartment.

The 31 year old was also transitioning from one job as a project manager into her current gig, as events manager at an IT firm. At the same time, she was shuttling between home and Sengkang General Hospital to visit her 72-year-old father, who had been warded for five weeks after a bad fall.

As protocols against COVID-19 intensified in the medical facility, she observed: “I was there the whole day accompanying him, so I saw how the service staff wiped down everything to make sure everything was clean, and how the doctors and nurses worked round the clock to ensure patients were all taken care of.”

After March 30, everything ground to a halt, including home renovations.

So one night, Beverly told her husband: “I want to do something, I want to help others during this circuit breaker since we have a little more time staying home, instead of sitting around.”

Initially, she launched the COVID-19 Support Group as a network for others to offer to get groceries and supplies for anyone who needed it.

“I didn’t want to just donate through Giving.Sg, and not see the end result,” she said. “If I do something, I wanted to see the money going from Point A to Point B, and how it’s effectively changing someone’s life. I wouldn’t have that sense of knowing what the money is doing [for people] otherwise.”

Weighing on her mind were the healthcare professionals (HCPs) she’d seen caring for her father. “I came across a stall that was selling chicken rice for $0.90 a packet during the circuit breaker period. And because I’d seen for myself how tirelessly healthcare workers were working, I wanted to treat them, because theirs is such a high-risk job.

“While we get to Netflix at home, they’re working so hard.”

She posted her idea of buying chicken rice for HCPs to Facebook and soon got her first donation of $100 from her husband’s best friend. Then donations for the chicken rice swelled from hundreds to thousands, with single donations of about $3,000. Realising she had a surplus, she hunted for a new initiative, trawling PassItOn.org.sg for other needs in the community and among family service centres (FSCs).

With the extra money, she purchased a total of 85 laptops for needy students to support their home-based learning (HBL) from a supplier who sold used units for $280 each. Her target was met — largely — by Mr Alvin Lim, owner of A Media Pte Ltd, who wanted to support children whose backgrounds he empathised with.

Soon as the laptops arrived at their home, Beverly and her family tested each one to ensure they were functioning, then cleaned them with disinfectant and packed them into boxes before sending them back out to beneficiaries. “My husband and parents chipped in. It became a family project. My parents are very supportive of what we’re doing.”

She also managed to raise enough to purchase 25,000 surgical masks to donate to migrant workers, and is currently purchasing five washing machines and four refrigerators bound for needy families.

She reckons coordination work to match needs to funds will end by June, as she herself returns to the office, and expects charitable giving to slow down in about three to six months when “we’re out of our darkest times”.

Her mission enabled her to meet “wonderful people in the community”, with whom she has built strong connections. She notes the depth of empathy among donors; several who’d lost their own income but still wanted to help others.

“A lot of the donors wanted to help, but didn’t know how,” she said. “So I became their avenue for them to help others by donating money.”

Beverly Tan’s community project COVID-19 Support Group on Facebook has yielded at least four initiatives. It has raised $33,925.90 which has gone to: