What Are You Doing SG?
Home Doers Beng With Big Heart 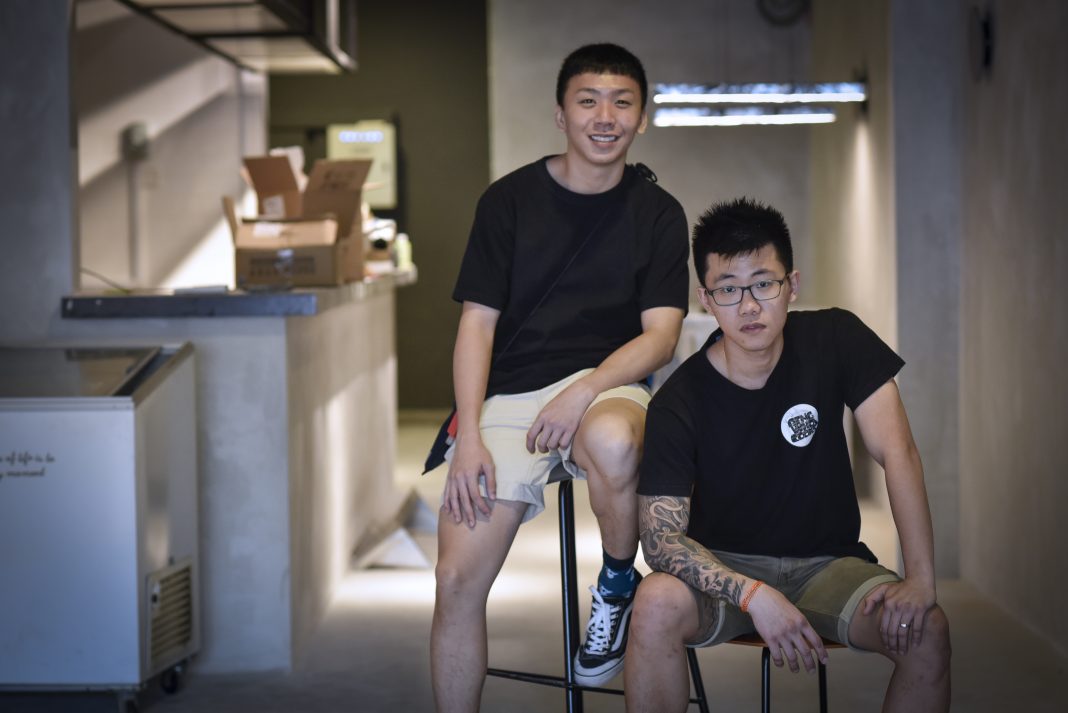 (Photo above) Mr Hung Zhen Long, business partner (left) and Mr Jason Chua, co-founder of Beng Who Cooks, in their new restaurant space. Beng Who Cooks is moving out of its hawker stall at Hong Lim Market and Food Centre into a 40-seater premise at 39 Neil Road, which is now undergoing renovation.

Even before the Circuit Breaker, Mr Jason Chua, 28, and Mr Hung Zhen Long, 27, anticipated that many folks would lose jobs and have trouble feeding their families.

So they set up the Beng Who Cares Foundation to deliver poke bowls — free to those in need — from their hawker stall, Beng Who Cooks.

The stall first opened in Hong Lim Market and Food Centre in March 2018, with $1 specialties, such as Sea Salt Broccoli, Disco Mushrooms, and Chunky Mashed Potatoes that were popular among the Chinatown office crowd.

As Singapore went into lockdown in March, Mr Chua said they grew concerned about children. “It is very unfair for kids to not have food on their tables because as they are growing up they need all the nutrition. So we tried our best to help as many people as we could.”

“It is very unfair for kids to not have food on their tables because as they are growing up they need all the nutrition. So we tried our best to help as many people as we could.”
Mr Jason Chua, co-founder, Beng Who Cooks

During the Circuit Breaker months, they donated up to $15,000 in meals — or 80 to 100 rice or pasta bowls a day, each with one protein and two side dishes — to families in need. While they cooked, their friends Mr Jerome Lee, Mr Marcus Chan and Mr James Chia, helped distribute the food.

Requests spiked after they assured all beneficiaries of confidentiality. Within three days, their Instagram account, @BengWhoCaresFoundation, started receiving up to 500 direct meal requests a day.

Beng and the aunty who tried to give them money
“At first it was hectic, but at the same time, I personally kind of enjoyed it,” said Mr Hung. As their initiative gained traction through social media, they were overwhelmed with sieving through and replying every single message.

They finally automated order-taking by directing requests to an online form. Anyone who wanted to place an order simply had to tap on the link in their Instagram bio and fill in the relevant details by 7pm the day before.

But they did have to turn down a few requests — like the one from an opportunist trying to get them to supply free food for birthday parties.

Still, without setting a limit for how many bowls they would donate, they confessed that they “might have overpromised” a little. Even so, they honoured their word to fulfil every legitimate request.

“We promise people already, just do it lah,” said Mr Hung. Typically operating from 7.30am to 6.30pm, the stall can sell up to 80 portions of food a day. But in order to make time for their campaign, they shortened their opening hours so they could plan and reply to requests.

“We realised that Singaporeans are very generous. A lot of us are in a good position. When the government gave us money, we just donated it away. It’s as if we don’t feel a pinch at all.”
Mr Hung Zhen Long, business partner, Beng Who Cooks

They also refused donations. As they were planning to launch their restaurant, they wanted to avoid any appearance of misappropriating financial support, or having to give an account to donors.

Even so, when news about them reached one “Aunty”, she dropped by their stall to offer the $600 she’d received from the Solidarity Budget. She tried to persuade them, “Not I give one, government give one!” While Mr Hung said they thought her “very cute” and appreciated the gesture, she too, had to be respectfully turned down.

“We realised that Singaporeans are very generous. A lot of us are in a good position. When the government gave us money, we just donated it away. It’s as if we don’t feel a pinch at all,” said Mr Hung.

To stay motivated on the longest of days, they focused on their original intent to feed children who could go hungry. Looking back, Mr Chua said shaking his head: “It was very exhausting, very demoralising for the soul.”

Beng who won an award
One day, an unexpected email popped into their inbox. They had been invited to the award ceremony on October 16 at the Istana. Their campaign had earned them a nomination, and then a special commendation, for the President’s Volunteerism and Philanthropy Awards (PVPA) 2020 Special Edition – Our Finest Hour in the City of Good. They were recognised in the “People of Good” category, for best practices in innovative ideas and inspirational value.

At the event, among a sea of people dressed in business wear, Mr Hung stood out in his printed short-sleeved yellow button down and white canvas sneakers.

“I personally don’t really care and wasn’t really aware — I was comfortable,” he said. “I was quite excited and proud. At the same time, I keep reminding myself that both of us are getting this award on behalf of those people who helped and supported us.”

Months before the honour, Mr Chua’s family were concerned about his well-being. His wife told him, “Everyone is working from home, while you instead get even more busy and can’t spend time with me. But for the things you’re doing, I’m very proud and I love you.”

After they received recognition for their heart-driven efforts, he added with a wide smile, “I think my parents are prouder than me.”

By mid-November, Beng Who Cooks will move into a new restaurant space at 39 Neil Road with a revamped, affordable fine dining concept, offering an innovative cuisine menu alongside its stalwarts, such as their Sea Salt Broccoli. Diners can choose from new rice and salad dishes for lunch, or up to eight courses for dinner.

The duo found a space just as other F&B operators were moving out; one that can accommodate up to 40 patrons even with safe distancing measures. Their new restaurant will offer them better returns on working weekends and longer hours, compared to operating out of a relatively secluded corner in a food centre, mainly serving a weekday crowd.

Looking ahead, they said that they would continue to explore new ways to give back to the community, either providing free meals or starting another initiative.

“If Singapore needs us again, we will be there!”
Beng Who Cooks

Accepting their award ceremony, they told President Halimah Yacob who presented the plaque: “If Singapore needs us again, we will be there!”